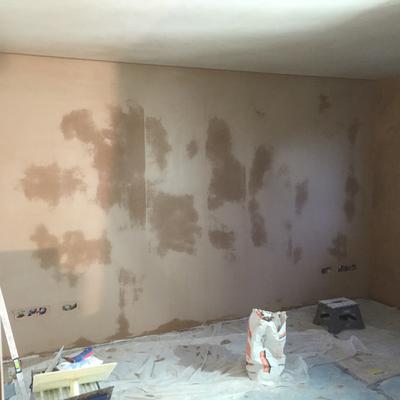 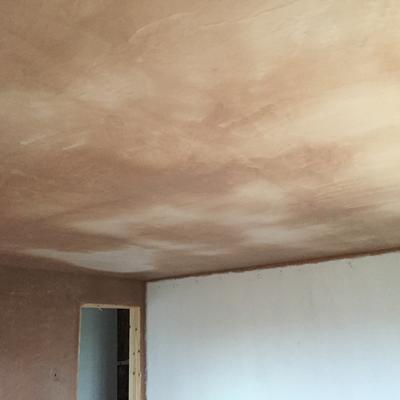 Having completed either a ceiling or wall. I'm finding that when I come to plaster the adjoining wall, the plaster is drying out at the sides / ceiling.

To explain in more detail - When I apply plaster to start the wall, I start from the left. Work up and across to the right in line with the ceiling. But when I go over the plaster that meets the wall / ceiling or wall / wall - the plaster drys and starts to drag clumps across.

I'm sure its technique, but it really slows you down, which isn't good when you have a large area to cover.

It's good to hear that the site has helped you to plaster - it all looks good and hopefully you're finding it rewarding.

The problem that you're describing I'm sure can be easily resolved by damping down the edges more. For example if the ceiling is already plastered, has become dry and you are about to plaster the wall, the ceiling will suck all the moisture out of any plaster almost immediately. Therefore if any plaster is spilt onto the ceiling with one trowel stroke, by the time your trowel passes back over the area again to flatten, any lumps spilt on the ceiling will be so dry that will cause problems if pushed back into the wet plaster on the wall again.
Also this problem can happen even if no plaster is spilt onto the ceiling. The plaster on the edges of the wall where it meets the ceiling can also dry really fast, then when your trowel passes back over it to flatten any bulges - rather than pushed flat, they can end up being dragged across the wall in clumps.

The solution
Either way I am almost sure that you just need to wet the edges up even more than you did. Keep on applying water to the edges until no more is absorbed. If you're skimming a base coat also damp down the edges of the base coat really well
and all should be fine.

Join in and write your own page! It's easy to do. How? Simply click here to return to Members Support.