Plastering success after the course

Plastering reviews and accounts from participants of the plastering course.

There are a few more also on the following pages:

Having attended Paul's two-day plastering course I can highly recommend it to the keen novice. I have no background in building, apart from a bit of DIY, but found the course extremely useful. Paul's coaching style means that you can go at your own pace and he is able to tailor the subject matter to suit your individual needs and ability.

In two days I learnt to apply a backing coat, skim an already plastered wall, then skimmed my own wall the next day, patch a large hole and the real mystical part, to plaster a ceiling.

To those of a certain age, like me, be aware it is quite a physical skill and be prepared to cover your shoes and trousers in plaster, take a change of clothing. 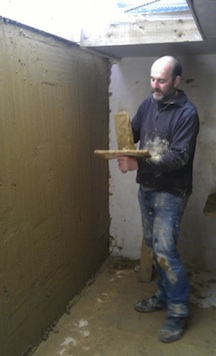 I chose DIY plastering in Bedford and I am very pleased I did. The course was one to one so I got plenty of help from Paul and could have it tailored to my requirements.

When I got there Paul had prepared two walls, one typical brick one and a second much flatter one to simulate the type of wall I am building using wood fibre insulation. After checking my fitness we agreed to try and plaster both walls so I could tackle any different lime issues. I started with the masonry wall applying two guides across the wall that would cover all the bumps and undulations and produce a flat surface. I then filled in with plaster and used a straight edge to get the plaster flat and even.

Day two was all about getting things smooth, very satisfying it was too. Once the wall was covered with an even layer of topcoat we left it to dry. During this time Paul gave me a quick tutorial in filling holes in walls, very useful for my bathroom wall. Then I went over the wall with a float to even out the plaster further.

It was all very pleasing to produce such a flat surface. At this point you can keep going making it flatter and smoother gradually using the trowel and the float. 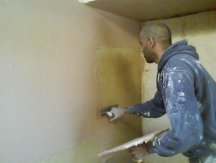 I must say that the course was very well presented.

I attended full of apprehension, and I did not quite believe that I would leave the course being able to put any amount of plaster on a wall let alone skim a wall which was flat and level!!!

Your instruction throughout the day could not have been better, you put me at ease as you explained and demonstrated the techniques and then watched as I then practised you always gave with words of encouragement, hints and tips even though there was more plaster on myself than the walls or ceilings.

Having said all the above I have managed to skim a few walls at home the week after the course so to keep it fresh in my mind.

* I have to date skimmed my hall stairs and landing with mixed results the large wall could have been better, but the walls upstairs have been quite good.

I have also skimmed a few walls for other people and this has been most satisfying as after the initial stage of starting to plaster in someone else’s home filled me with both excitement which quickly turned to fear, as I thought things were going wrong but, I remembered what you said and tried not to panic which in turn worked brilliantly and both jobs turned out well. 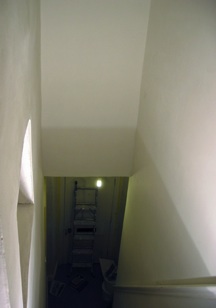 I just wanted to send you a few pictures of the plastering job which I have finally managed to complete. It now has its first coat of paint. Inevitably it took a lot longer than anticipated to find time to prepare the background, which was problematic in places. I would do things a bit differently if I was starting again now,  but I'm pleased with the results. The imperfections help to blend it in with the rest of the house!

Now looking for the next project.

Thanks again for you help.

The plaster course proved to be very useful; I have now plastered almost two rooms which consists of 7 walls and one (small) ceiling.

Generally I'm pleased with the results, I did make some mistakes and it took me a little while to get a feel for it, I'm sure you know what I mean.

In short the course was definitely worth the money and has paid for itself several times over. 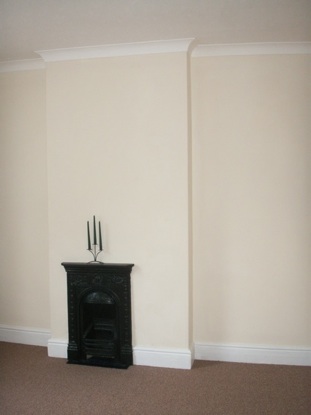 The plastering has been a great help with the property developing. I probably saved around £1000 to £1200 on the last project by doing it myself, and to be honest I was really pleased with the results. 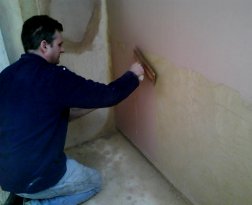 The course was very effective.

I had a few issues which I were I think down to old plaster, things went much better after we got some new plaster in.

I'm just in the middle of plastering one wall in the kitchen after removing the old kitchen a whole lot of plaster came off, I'm repairing this as well as filling holes left by new sockets.

Im really enjoying doing it though, its definately a confidence booster when you do it and it turns out well !

the course was very good , so far i have replasered a bedroom , and a hallway and up the stairs, it went well, i had to keep telling my self to STOP playing!!

I would recomend to any one

A Good Way to Learn

Go on this course and you will receive 100% attention from an excellent plasterer and coach for 100% of the time.

I learnt so much from Paul on this 1:1 course with his relaxed teaching style that was directed to my individual needs. Highly recommended.'